Posted on December 24, 2009 by collectiveunderground 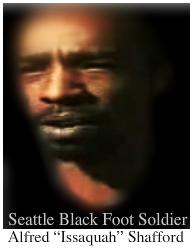 Who said, “Better to keep your mouth closed and be thought a fool than to open it and remove all doubt”?

A page titled Mark Twain and the Mutating Quote attributed at least four variations of the same phrase to the eminently quotable Twain, explaining that it was a case of “split personality” that accounted for the variations, rather than a rash of misquotes.

Other pages suggested a number of other authors for the saying, including: Abraham Lincoln, George Eliot, Groucho Marx, Albert Einstein, and a mysterious figure named Silvan Engel.

While there’s confusion as to who to the phrase’s author, there’s no question it can be applied to self styled award-winning, New York-based freelancer Nicholas Stix.

As seen above, on UnderprivilegedJournalism’s last days on WordPress, a number of incoming links pinged the blog. We were under attack by an alleged coalition of white nationalist anti 1st Amendment spam terrorists who were trying to bring the blog down. Besieged, I didn’t have time review the incoming links until contacted by numerous UPM Network contacts who brought my attention to Stix’s blog post.

“Nicholas Stix believes we’re fighting them as our parent’s generation did. He has white ideas of black revolutions. It’s better to keep your mouth closed and be thought a fool than to open it and remove all doubt. He just removed all doubt.”

On 12.3.2009, the award winning journalist published, The Imporance of Being Ignorant: Neocon Blogs Get Snookered by Internet Race Hoax. His blog post came on the heels of crowned BOW martyr Maurice Clemmons’ daring protest against the terrorist regime of racist Lakewood police. In the post, Stix alleges the Seattle Black Foot Soldiers and the National Black Foot Soldier Network are, as stated above, an internet hoax.

Excerpt from Nicholas Stix “Neocons…Ignorant” below:

Well, well, well! It couldn’t have happened to a more deserving bunch. First Things’ Gateway Pundit, Fire Andrea Mitchell, The Last Crusade and James Simpson at The American Thinker have all fallen for a hoax by a non-existent group, the“National Black Foot Soldiers Network,” who called black racist terrorist, child rapist, and murderer of four white police officers Maurice Clemmons a “Crowned BOW (Black on White) Martyr” and a “Muslim martyr,” asserted that Clemmons had converted to Islam while in prison, and claimed to have held a demonstration celebrating Clemmons outside of the coffee shop where he murdered the four officers.

According to Yusef Douglas, editor of the National Black Foot Soldier Network Website (WordPress), the award winning journalist made no attempt to contact himself, nor, to his knowledge, anyone associated with the movement.  Cedishon Angelou, who is recognized nationally as the spokesman and even president for the grassroot movement (that I have contacts for in 42 states for) refused to comment directly on Stix and only saying:


“There is only 1 political party in America: they are white, and they, whether Democrats or Republicans, are both devils. Keep the movement alive.”

But Seattle Black Foot Soldier Alfred “Issaquah” Shafford, who, along with several other well known black grassroot activists Stix called a loopy character, contacted me to and spoke directly about him.

“Nicholas Stix has himself confused with a not being a devil and reparations offender. When the West Coast Africans welcomed those first savage Caucasians onto their shores, they learned what they didn’t know could hurt them. Of the civilized Caucasians, the Native Americans learned the same lesson. Today, in recent history, the Arabs have learned that same lesson. Nicholas Stix is believes we’re fighting them as our parent’s generation did. He has white ideas of black revolutions. It’s better to keep your mouth closed and be thought a fool than to open it and remove all doubt. He just removed all doubt.”