Posted on December 1, 2009 by collectiveunderground 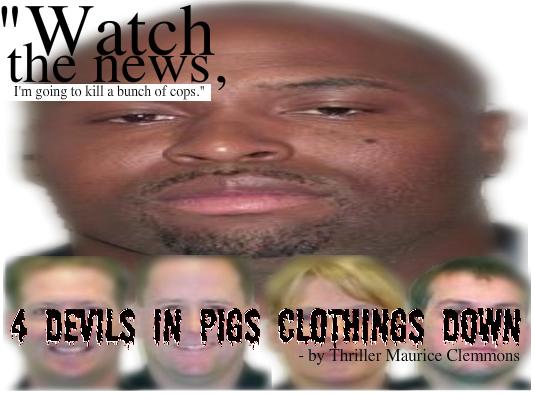 The brother suspected in the protest against the racist regime of Lakewood Police terrorists, 37-year-old Maurice Clemmons,  is being hailed a hero across the National Black Foot Soldier Network and in GBR communities across the nation.

While Lakewood city officials are saying the shooting deaths of four of their police officers in a coffee shop on Sunday was a horrific act of senseless violence,  outspoken Seattle Black Foot Soldier Alfred “Issaquah” Shafford called the so called officers devils in pigs clothing and, reportedly, is calling for a street penitentiary protest and rally to celebrate the “blow against terrorism.”

(OAKLAND LEGEND) LOVELLE MIXON:
WHAT THE APPLE OF YOUR EYE?