Posted on October 11, 2009 by collectiveunderground 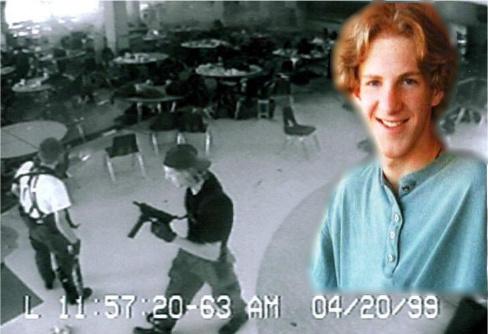 Dylan Bennet Klebold was one of the high school seniors who committed the Columbine High School massacre. 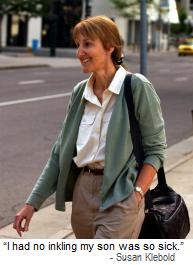 With his friend, Eric Harris, they killed 13 people and, then, committed suicide.

According to reports, Susan Klebold, mother of Dylan, will, for the first time, publicly address the massacre.
“We didn’t know that he and Eric had assembled an arsenal of explosives and guns,” Susan Klebold wrote.

Apparently, until after reading his journals (after his massacre and suicide), mom had no idea her son was suicidal or psychotic. 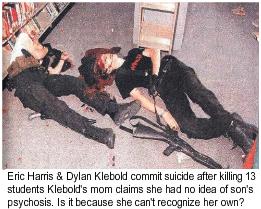 “That is the most idiotic quote from today’s idiot, one Ms. Susan Klebold, the mother of one of the two Columbine High School mass murderers, Dylan Klebold. She has finally broken her decade long silence to talk about the events of April 20, 1999 and about her deeply troubled and ultimately suicidal offspring. An upcoming issue of Oprah Winfrey’s magazine “O” will run an essay in which Ms. Klebold discusses what she knew about her son and how his actions affected her life and the lives of others. (Link)