Posted on August 21, 2009 by collectiveunderground 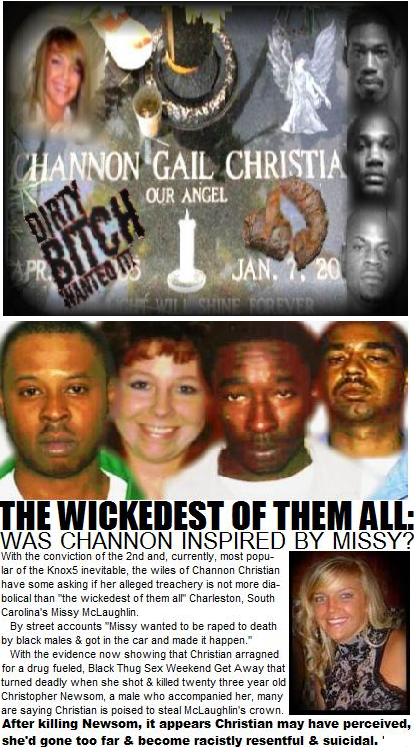 While it appears the amount of damage done to Channon Christian’s grave is not extensive as first reported (Reported DIRTY BITCH WANTED IT not carved in tombstone), numerous key sources still allege multiple URINE & FECES BOMBINGS have taken place on her burial site since the start of the State’s trial against celebrated Knoxville thug sex symbol Letalvis Cobbins.

While no group has yet claimed responsibility for the attacks against her grave, some suspect Knoxville’s OOBAN (Street) Guerillas, a pro black justice extremist movement, carried them out.

Additionally, it appears the Christian family, as well as the local media, are, in an attempt to avert copy-cat bombings, poised to deny they occurred.

(Excerpt:) “… evidence now showing that Christian arragned for a drug fueled, Black Thug Sex Weekend Get Away that turned deadly when she shot & killed twenty three year old Christopher Newsom, a male who accompanied her… .”