Posted on August 13, 2009 by collectiveunderground 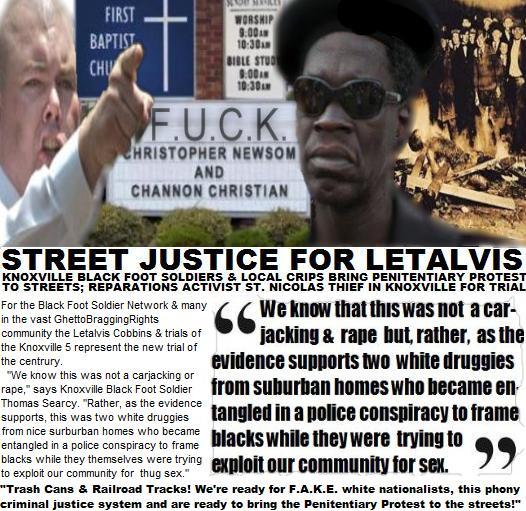 The event, which took place at a location community members have asked not be named, is said to be the result of unfair sentencing of the Knox5’s Eric Boyd. (Link) 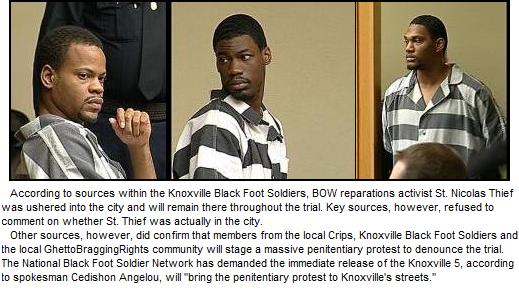 “We gon’ be like Jesus,”St. Thief vowed in a prepared statement about the Penitentiary Street Protest the grassroot movements have planned for the trial. “Hypocrisy will not know when we are coming; but we will be right on time.”

Thief, who is quoted as saying, “KNOXVILLE WHITES CERTAINLY don’t DESERVERVE TO KNOW WHAT THEIR HYPOCRISY SMELLS LIKE” is currently declining requests for interviews.

“Do the COs know when the inmate with the FECES SMEAR or URINE BOMB is waiting,” Searcey asked, adding that “WE WOULD never DO SOMETHING LIKE THAT. “We will only sing “We Shall Overcome.”