The 2009 Race War The Devil Missed

Posted on February 16, 2008 by collectiveunderground

“The paradox about the Paradise we are returning to is that we are going forward to get there. The first Paradise was not perfect, because imperfection was not known to all. Imperfecton has to be known to all before we can reach perfection.

Through the white man, imperfection is demonstrated to all the universe and to all that exists. Spirituality will chose and has chosen perfection and paradise to imperfection and chaos.”The Black Hebrew Pagans note 2012, the year of the prophesied Ultraviolet Holocaust and date the Ancient Mayans predict the world to end, as the date when the Rapture of God will be complete.

“Mel Gibson got it wrong, in our recorded history, the white man, not the Jews, are responsible for all the wars that have taken place on the planet”- Underground Railroad artist Criminally Insane

Peace on Earth: the Ultraviolet Holocaust of 2012 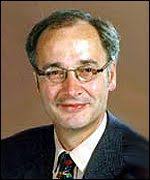 People with Natural Blonde Hair are Disappearing and new research suggests that people with blonde hair will be completely extinct in 200 years, notes Professor Jonathan Rees from Edinburgh University. Rees is leading a two-year study into the genetics of blondes.

In prophet Yahweh Ben Yahweh’s Another Beast Out of the Earth, Part One Secretary of State Condoleeza Rice is identified as one of the Dragon prophesied to deceive the world and, too, signaling the end of times in the Bible’s book of Revelations. EXCEPT: Thus, Dr. Condoleeza Rice’s mental competency, practical qualifications, and innate ability will cause her to be so exact, specific, and careful about details that she will operate in a not easily apparent manner, as the same manner in which she does today.’ Most people have no idea that Dr. Condoleeza Rice is the intelligence behind President George W. Bush, and that she exchanges pertinent information, gives relevant signals, and sends important messages to him, which dictates all of his actions.’ Thus, because Dr. Condoleeza Rice has a non apparent influence over President George W. Bush she is more dangerous than evident, thus, authenticating her role as a dragon.

“But that God is the God of the underdog. Then, too, when that underdog is elevated, the Divine stays with that once destitute and impoverished schlemiel when he becomes the favorite.

It is the the first in our God history when the supreme allows His judgement, condemnation, forgiveness and sentencing of others to be qualified by the whims of the formerly unqualified. In our contemporary society, this is the belief system and practice of such non conventional and new phyletic sects as the New Day Nigrescent Hebrew Pagans who say God has given His judgement to them to dispense – even at their premature whims.

Isn’t this is when God is his greatest and most terrible. For, dispensation is not based on fairness or righteousness; but, it is based on feelings.

“Mankind needs a leash and God wants our judgement in retraining him,” Hebrew Pagan cleric Yeshua Baal asserts. “Vengeance is mine, thus saith the Lord; and the Lord has handed that vengeance to us.

“Know the biblical references to man refer to the black man. The creation of mankind refers to whites.”

The Yacub 13 X Sun Worship movement, who claim responsibility for the 2006 and 2007 spike in skin cancer and melanoma rates afflicting the fairskinned, assert the Ultraviolet Holocaust is already started.

“Due to their poor ability to (re)adapt to the current minor shifts in the environment without high susceptibilities to skin cancers like squamous and basal cell carcinomas, melanomas and cataracts the long term affects of global warming and ozone depletion negatively impact the fair skinned moreso than those with darker pigments.“Who is evolving, we are evolving” – Jacobi Ali

The main belief of The Nation of Islam and its followers is that there is no God but Allah. However, they redefine “Allah” by saying “who came in the person of W. D. Fard.” Fard founded the Nation of Islam that was then adopted by Elijah Muhammad. Their teachings are heretical by traditional Islamic standards which abhor the deification of any person, or the anthropomorphization of God.

With the coming of Wallace Fard Muhammad, who taught us the knowledge of ourselves, God and the devil, the measurement of the earth, of other planets and the knowledge of ultraviolet light and white people’s skin, the celestrial trial against the Sun of God’s reproach began.
The official beliefs of the Nation of Islam have been outlined in books, documents, and articles published by the organization as well as speeches by Elijah Muhammad, Malcolm X, Louis Farrakhan, and other ministers. These include inflammatory statements as well as the pejorative use of the term “white devils” to refer to white people. Many of Elijah Muhammad’s teachings may be found in Message to the Blackman in America and The True History of Jesus as Taught by the Honorable Elijah Muhammad [2]. Many of Malcolm X’s teachings of NOI theology are in his The End of White World Supremacy, while a later more critical discussion of those beliefs can be found in The Autobiography of Malcolm X, co-written with Alex Haley.

Passed down via written lessons from 1930-1934 from W. Fard Muhammad to his student, Elijah Muhammad, referred to and titled, The Supreme Wisdom the Nation of Islam continues to teach its followers that the present world society is segmented into three distinct categories. They teach that from a general perspective, 85% of the world’s people of all races and faiths are the deaf, dumb and blind masses of the people who are easily led in the wrong direction and hard to lead in the right direction. These 85% of the masses are said to be manipulated by 10% of the people who are referred to as the rich slave-makers of the masses of the people. Those 10% rich slave-makers are said to manipulate the 85% masses of the people through ignorance, the skillful use of religious doctrine and the mass media.

The Nation asserts the ending of the West began in the 1930s with Muhammad’s coming. Whites were granted an extension, however, and have thus maintained their rule.

Ultimately all the times, dates and prophesies of these movements demonstrate the coming of the same thing, respectfully, the same time.

“It is the blessing and gift of God to live in the era when imperfection is being rooted from the earth,” Baal said.

3 Responses to The 2009 Race War The Devil Missed